Our Community Profile will help you see the advantages of investing in our New Boston TX Area.

Boston was named for an early storekeeper in the settlement, W.J. Boston. The coming of the railroads led to the location of two more Bostons. A depot was built about four miles north of Boston and was named New Boston. The first Boston then became Old Boston. The courthouse was moved to Texarkana in the early 1880’s but a later election carried to move the courthouse back to the geographic center of the county. This location was between the Bostons. Over the course of time, all three "Bostons" have been the county seat. 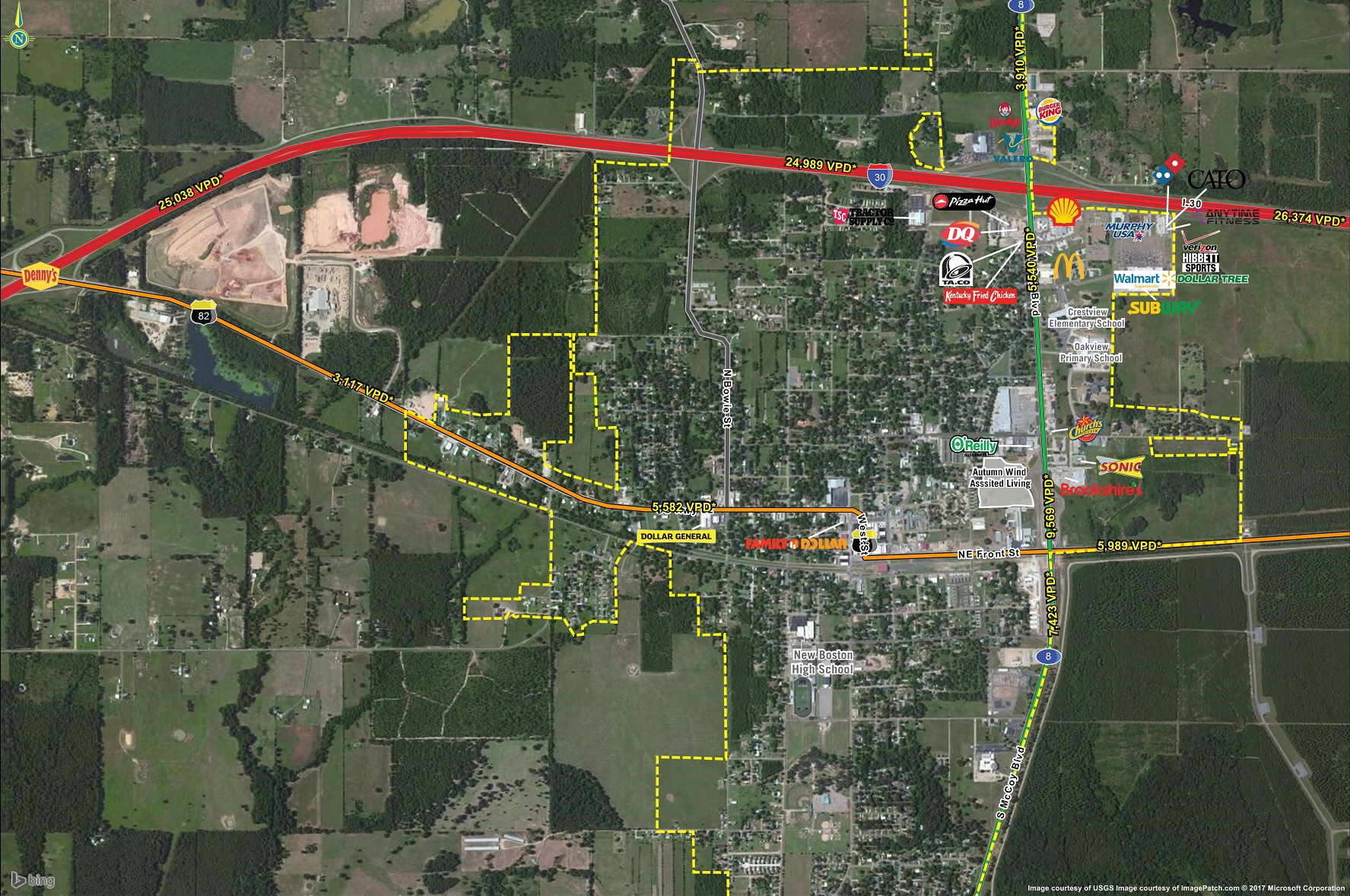